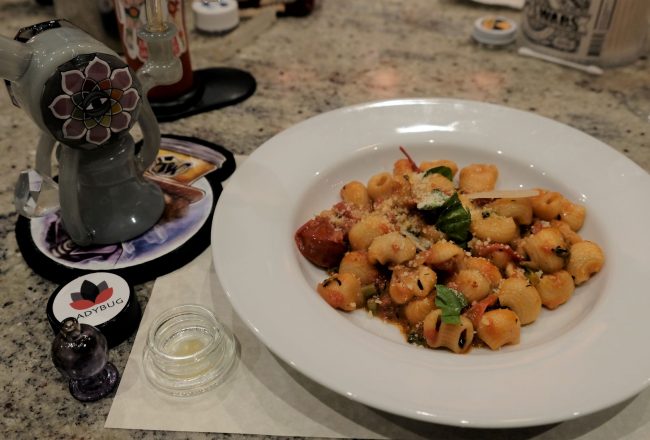 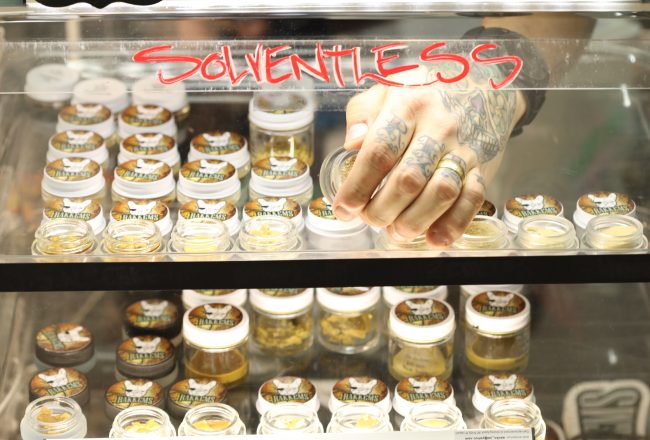 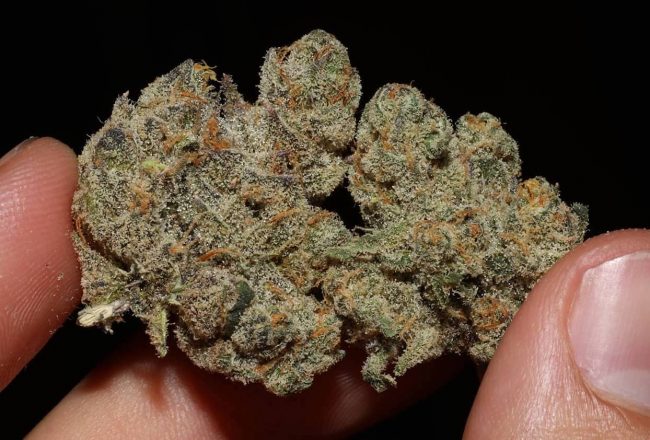 Walk into any fine dining establishment around the world and you’ll be presented with a list of wines to pair with the meal you’re about to devour. Each of those wines is hand-selected with extreme care to accentuate the flavors and textures of the food on your plate. For some people, the wine pairing IS the main attraction of a meal.

But wine isn’t the only thing that pairs well with food. Personally, there are few things I enjoy more than burning a massive joint before eating an amazing meal. When I’m high as hell with the munchies like a motherfucker, each bite is a new explosion of flavor, each sip of drink quenches my thirst more, each moment of the dining experience is… simply better.

The only problem? It’s not exactly acceptable to whip out a dab rig or spark up some sticky icky in the middle of a multi-course meal. That is, until I discovered the Cosmic Supper Club – a monthly pop-up dining experience in San Francisco that pairs gourmet food with gourmet solventless hash.

After attending another Cosmic Supper Club event last weekend, I decided it was finally time to share more about these amazing events. Read on below.

Last weekend I cruised over to Oakland for the first-ever Connoisseur Club hosted by @soicezee and @therealterplord. The event was billed as a solventless-lovers dream with vendors like Full Flava Extracts, Real Deal Resin, Icebox Mafia and American River Extracts in the lineup – and quite honestly the event lived up to the promise.

In early June of last year, some of the Bay Area’s best cannabis was on display – and in competition – at the Northern California High Times Cannabis Cup. I picked up a pass for Sunday and, like a kid in a candy shop, skipped from booth to booth checking out strains, sampling flavors, talking to really knowledgable people… pretty much living my best life.

My first stop of the day was the Fig Farms booth so I could thank them for creating and sharing one my new favorite strains since moving to San Francisco: Purple Fig. I stuck around to check out all their strains on display and was immediately drawn to the unique smell of their Banana Fig #8 – not to mention, the nugs looked perfectly cured and were absolutely caked in trichomes.

Even though I had just arrived and wanted to make a round of all the booths before making any decisions, I couldn’t tear myself away from the Banana Fig and ended up walking away with an 1/8th. Fast forward to later that day, and Banana Fig #8 is named the best Indica at the Cannabis Cup (big props to Fig Farms).

I meant to write a strain review after the Cup but one thing led to another and I smoked all of the Banana Fig before I had a chance to write down my thoughts on it. I finally crossed paths with Banana Fig once again, this time at Elevated San Francisco, and I’m not wasting a chance to give it a proper review.

END_OF_DOCUMENT_TOKEN_TO_BE_REPLACED

Welcome to a new monthly blog post series called “Headstash Highlights” where I’ll spotlight the tastiest, most mouthwatering flavors of flower, hash, and beyond that have passed through my lungs throughout a given month.

My goal with this series is to shine a light on the best cannabis products that I’ve come across – so that you too can enjoy the great flavors – and also create a place where you can share the best flavors you’ve found with me and other flavor chasers. Please drop them in the comments section below!

So without further adieu let’s get started….

END_OF_DOCUMENT_TOKEN_TO_BE_REPLACED

Tell me if this situation sounds familiar. You cruise up to one of your favorite outdoor smoke spots (because what’s better than sparking up while taking in an amazing view, amiright?) and you find the area is littered with empty beer cans, blunt wrappers, food containers and, if you’re really lucky, a used condom or two… talk about a buzzkill.

That unpleasant scenario may be a thing of the past – or at least a less frequent occurrence – thanks to a growing internet movement aptly named the #StonerCleanupInitiative, which, as the name suggests, encourages people to pick up trash at their favorite smoke spots.

END_OF_DOCUMENT_TOKEN_TO_BE_REPLACED

(There are more photos of this beautiful piece near the bottom of this post.)

So I’m marrying an amazing woman in April (punching way above my weight type of situation). She obviously knows how passionate I am about cannabis (she barely smokes but is 100% supportive of my obsession) and also knows two of my most prized possessions are my triple-chamber bubbler and fumed pipe blown by Nate Dizzle (a.k.a. @SwissPerc).